Simply Having a Wonderful Christmas Time. 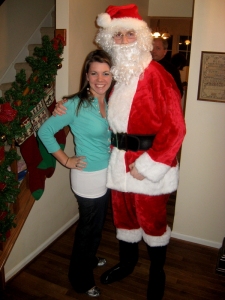 It would appear that Santa and I are both busy making lists these days.